This adventure has had it all. We have never done anything like this before. Not even close.  For both of us, it’s been a journey of firsts and trying new things (for better or worse). Here’s how:

Have you ever tried hitching from outside a prison? We have. 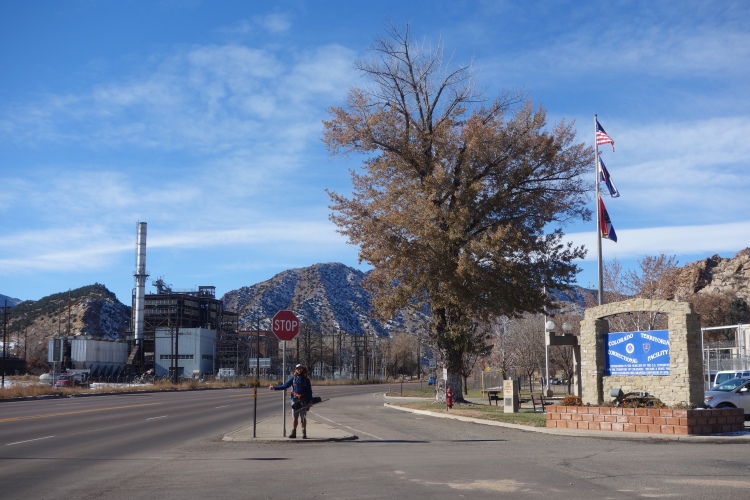 Trying to get a ride back to the trail from Canon City. It’s a town with 13 prisons. We just didn’t want to hike anymore to a more suiting place to get a ride, so to hell with it! We hitched right from the front. The weird thing is it only took 20 minutes to get a ride. I mean, who picks up bearded men from outside a prison?!

Have you ever walked for three days in a perfect straight line? We have.

I call it the Oh-thank-godness-I-can’t-hold-it-any-longer bathroom tree. There was one every 40 kilometers. Just don’t eat any ‘funky’ food. 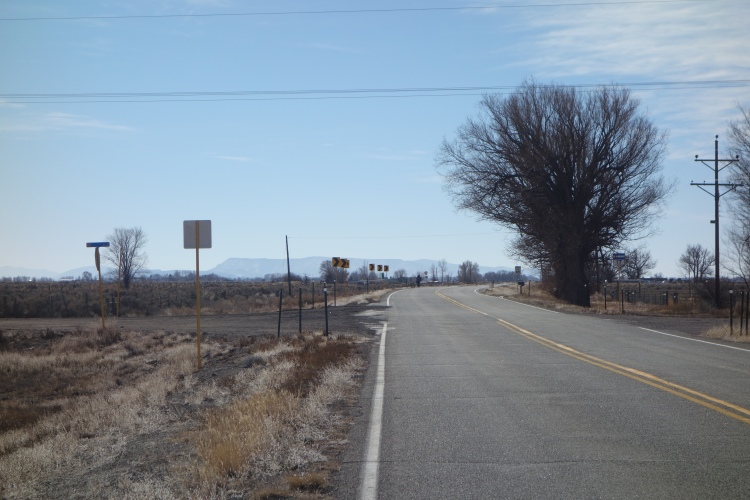 Have you ever eaten a roadside banana?  We have.

Walking up the road to Monarch Pass we spotted a freshly thrown, half eaten, ditch banana. Sadly, it was the first piece of fresh fruit in a week. This picture was taken soon afterwards. During a blizzard. Btw the banana was amazing!

Have you ever camped beside the only water source for miles in a desert only to find after making tea and dinner that the water is heavily alkaline and therefore poison (I guess that would explain why all surrounding vegetation was dead. Ops!). We have.

No water pictures from the red desert, so this picture from Glacier National Park will have to do. It has water, thus close enough.

Have you ever knitted yourself across a country? We have.

Knitting across the Red Desert. Made two hats in this section! Of course, might have knitted through a couple intersections. ..gotten lost or had to stop due to motion sickness. Oh dear.

Have you ever crossed a river 205 times in December? We have.

We crossed the Gila River 205 times. As it got to -15 degrees at night, the water was the North Pole.

The canyon along the Gila was amazing! Wow!

Have you ever gone from snowshoeing along the mountain tops to passing cacti larger than yourself in one day? We have. 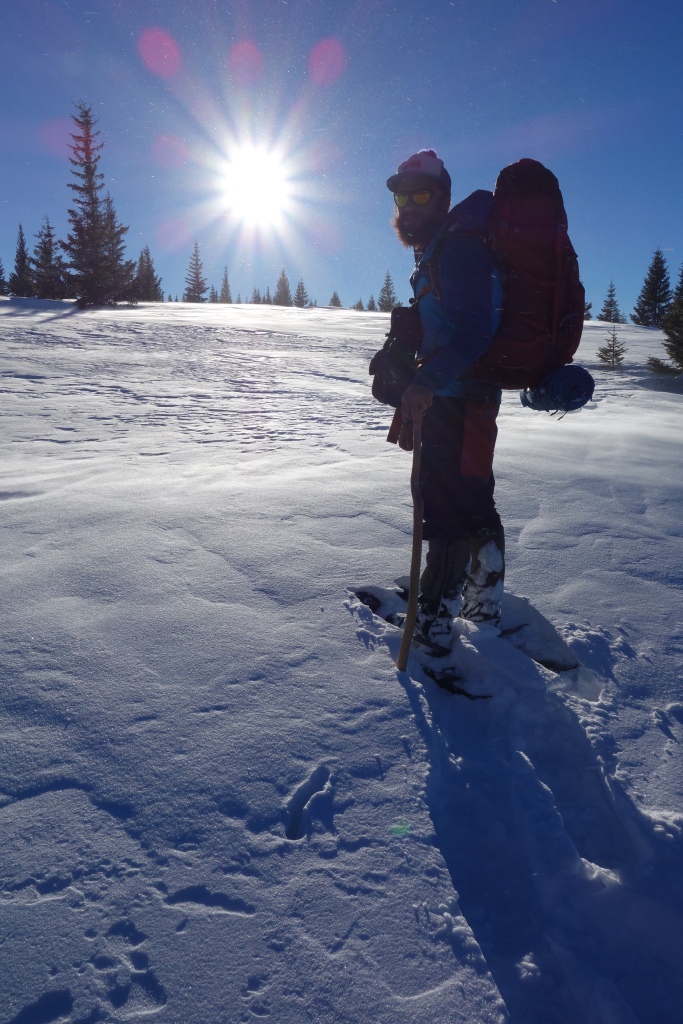 This doesn’t look like New Mexico to me…Where’s the margaritas?

It’s larger than one Liam! 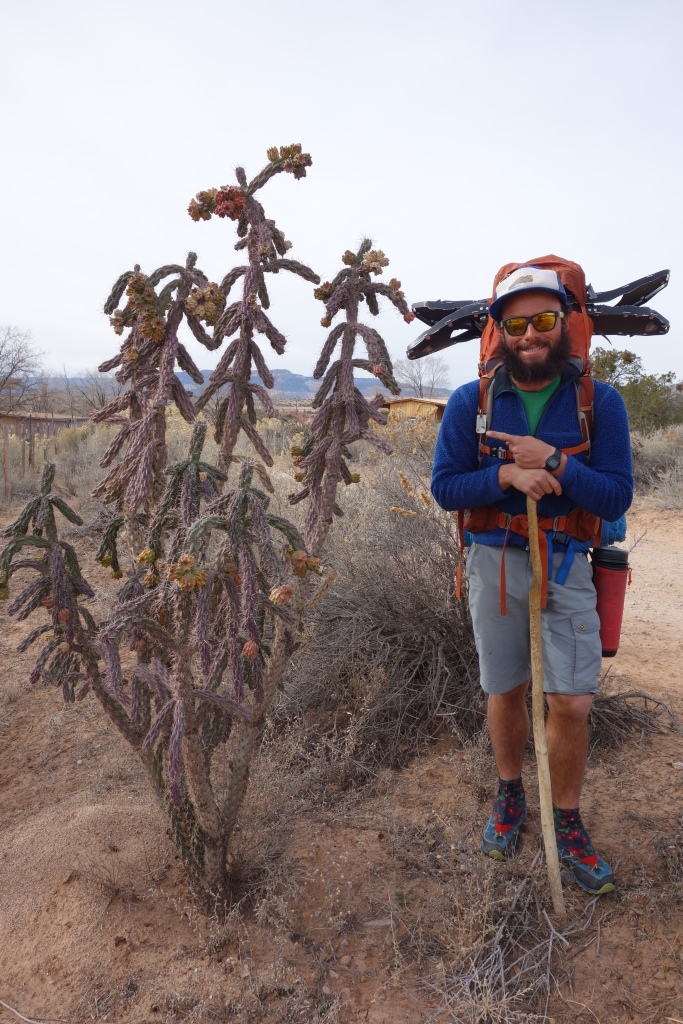 Have you ever slept under the stars across an entire US state? We have.

If the weather is good, we don’t use a tent. We made it across the state of Wyoming without using a tent. Pretty neat, eh? This picture is all the way back in Montana, going through the Pintler Wilderness.

Have you ever spent 4 months cooking over a fire? We have.

Have you ever walked far enough to be the guy who heckles the I’m Goinna Be (500 miles) song by the Proclaimers (500 miles?! That’s it? And then maybe 500 more? That doesn’t even get you to Yellowstone! You call that love!? Whimp!). We have. 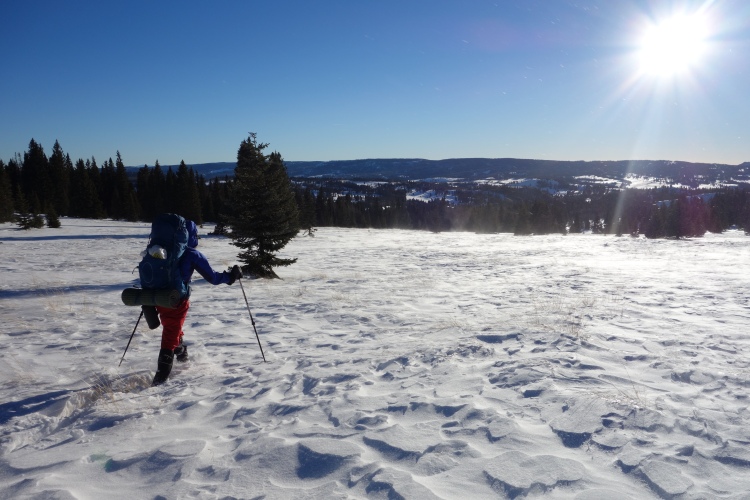 3 thoughts on “Have You Ever?”