A Crown Royal Welcome, that is. Everything can change in an instant on this trail, usually the best things happen in less than 5 minutes. A few days ago, we were walking down the highway to avoid a piece of private property on the divide. A truck slowed beside us. Turned out it was the owner of the land. “What the hell are you guys still doing here?! Pick it up! You’re way behind!” We just smiled and nodded. We get it all the time. “You guys want a shot?” And so, we had shots of Crown Royal beside the highway. After a few minutes he left, and Jake and I continued down the road.

Three minutes later, the same truck came back. “Do you want to come stay on my ranch? Although I have hunters there right now, it doesn’t matter. I’m the boss and what I say, goes. You guys can have your own cabin”. Um say WHAT?!

We jumped in the back on the truck (where we certainly discovered that they were indeed hunters. Deer blood was everywhere, or at least we hoped it was deer…). Brad (or Bradass as he liked to be called) would stop every few minutes to point things out to us about his land. It turned out Brad was also a hunting guide and took clients out to hunt elk on his land. For $6000 you can stay at his ranch. Apparently his ranch is kind of a big deal, even the president of the NRA is coming next month. While he drove, a client was in the truck, drunk out of his mind, but apparently he was a millionaire from Texas and could do whatever the hell he wanted. He tipped well.

And so, Brad took us back to his ranch, gave us a cabin, a shower, and fed us roast pork and french toast. The chef, Ken, weighed our packs down with all the leftovers. They lasted us three days. We ate and drank with guests paying $6000 to be there. They all wanted to hear our stories and couldn’t believe we didn’t carry a gun.

The next day, Brad took us back to where he picked us up, so we could continue. But not before leaving a little treat for us up the road…Thanks for everything Bradass! We will never forget the experience! And if anyone wants to splurg and go on a hunting holiday, check this out: http://bearmountainranch.com 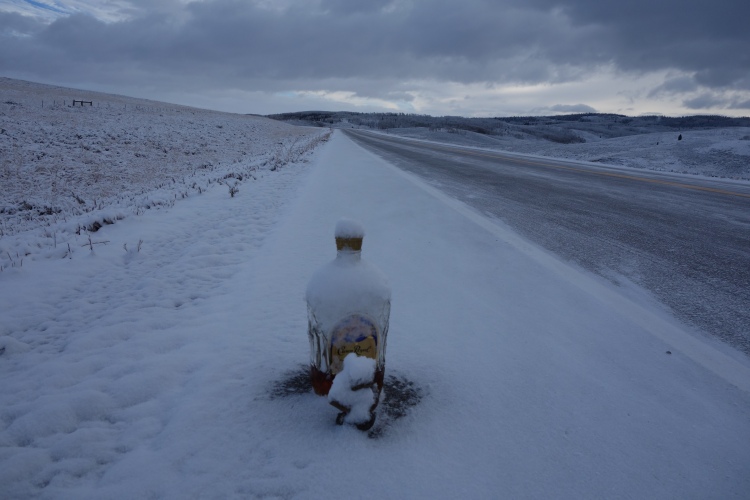 Good morning world. Yes, fellow drivers. Two bearded men are drinking on the side of the highway at 8:30AM. Don’t mind us.

What do YOU have in the morning? 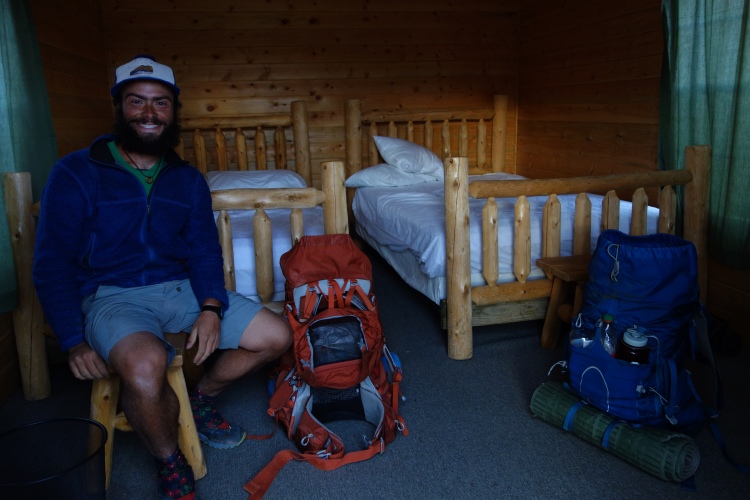 3 thoughts on “A Royal Welcome”