At 5:33PM on June 3rd, two figures emerged from the woods. They wore ski boots and carried skis on their backs. They ignored the blooming flowers and budding leaves. After awhile they paused at the “Welcome to Lake Louise” sign. They smiled, slapped hands, and snapped a few pictures. Then they bolted to the hostel for beer, food, and comfort. They had only one thought of concern – the ski boots. Eventually they would have to come off…and the smell could very well close the hostel for health and safety concerns.

Huzzah! We made it to Lake Louise! Finally! It sure has been an adventure thus far folks! Over the next day or so, we will write a few posts. Here are some pictures of the last 40 days – over 400km on snow/ice/road/trail/and bush. For simplicity, we split the traverse into three parts: North, Central, and Southern. Here is the Northern section first.

This was Liam on April 25th. At least, him and his “burden” (aka Gestapo The Backpack). His pack was 92 pounds. He started to have second thoughts…and almost retreated back to his home where he could over indulge in tea and baths.  Damn Mexico!

And this was Jake. His pack was 105 pounds. Maybe he should have taken that office job…it would have been air conditioned. And came with cookies during coffee breaks.

Liam against Gestapo and Gravity. Take One. 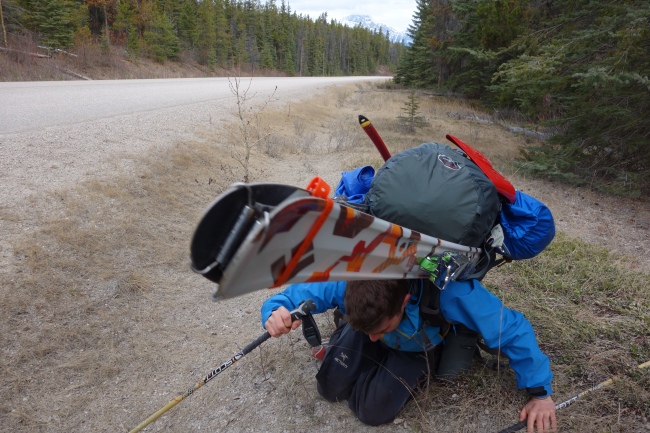 The four of us at the start. Meghan, Liam, Ben, and Jake. Little did they know what adventure had in store for them…

Having Creme Broule at Wates Gibson Hut in the Tonquin. Thank You Meghan! 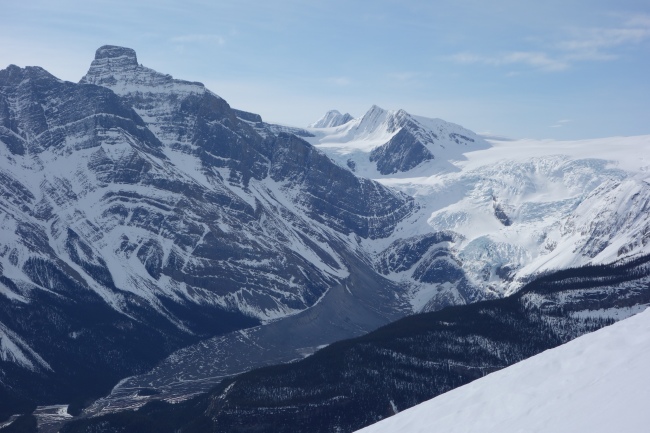 The Hooker Icefield. Our Road.

The gravel flats by Scott Glacier. This area receives little snow and loses it quickly. It was also hot. Hot hot!

Camped below the Hooker as the storm moved in.

Finally on the Hooker! Descending to Camp.

Camping on the Hooker.

Selfie. Most days Jake got a nosebleed. Whatever from remains a mystery…Liam and his110 SPF sunscreen. The greatest thing invented since Fire and Sliced Bread.

Packing up Camp. And looking towards the Clemenceau Icefield.

Looking towards Fortress Lake and our wonderful/delish food cache 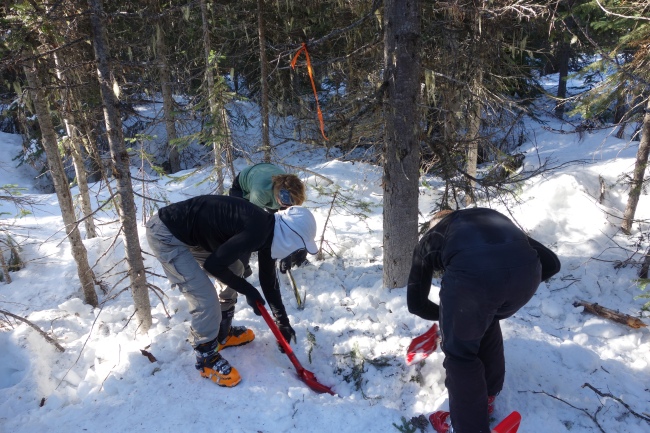 Digging out the Food Cache at Fortress. It was hard. The snow had turned to Ice…Oh well. At least it was still there. 🙂

And so concludes the Northern Rockies part of the Great Divide Ski Traverse. Stay Tuned for more!